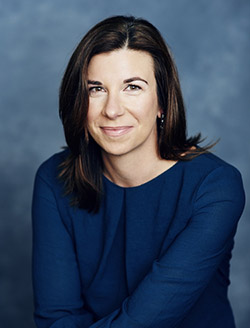 I have found that utilizing Nutrition Response Testing? in conjunction with chiropractic yields miraculous results that even I am surprised by. Here are two of cases that made a lasting impression on me.

Being a woman, I have a special place in my heart to help other women that may be experiencing fertility issues.

I had a patient who is in her 20s and was married for 3 years when she came to see me.? She and her husband had been trying to get pregnant but had no success.? Her mother-in- law was a patient of mine and wondered if Nutrition Response Testing could help her daughter-in-law. I was helping the mother-in-law and had good success with the Nutrition Response Testing program I had her on so she referred her daughter-in-law to me for help.

The daughter-in-law told me that she had never had a normal menstrual cycle. She would only have a few per year.

She had gone to her medical doctor and had testing done.? She was diagnosed with Polycystic ovary syndrome (PCOS). PCOS is a hormonal disorder common among women of reproductive age.? This syndrome causes irregular periods and makes it more difficult to get pregnant, causing infertility. Patients with PCOS tend to be overweight, however in this case she was underweight. Also, her blood test results were not consistent with patients having PCOS. Her doctor, an OBGYN, said, ?Oh you have irregular cycles, so it is probably PCOS.? I think her doctor didn?t have anything else to call what she had, so she was labeled as having PCOS.

She came in and upon my analysis, the patient tested for chemical toxicity. Since this is what showed up on my examination, I recommended she start on a program to detox the chemicals as well as giving her body ovarian support.

She had her first regular period 2 months after starting the program. Within 3 months of being on the program, she got pregnant.? She is pregnant now and is a few months along.

The other case is a woman who was in her early 30s. She had 6 miscarriages before she came to see me. No live births. Her doctors were telling her that she was too old to get pregnant. Like the early 30s is old, right? At that point the doctors start recommending fertility treatments. Her doctors told her that her blood work was normal for the most part.? They really didn?t have any answers for her so they just recommended fertility treatments, which she did not want to do.

She was referred to me by another patient of mine who was her friend.

When she came in to see me, after my analysis I recommended that it was mostly toxins that had to be cleaned up. I also recommended thyroid support.

In the advanced Nutrition Response Testing training, you are typically taught that fertility patients may have had a lot of losses and it is a minimum of about 2 months before they can start trying to get pregnant.

You usually tell a patient to wait 6 months before they can start trying and then give them the green light.? For her, we were only about 4 months in, and my re-evaluation showed that she was really stable. I was confident based on her results that she could start trying to get pregnant.? She was a super compliant patient which helped and did everything I recommended her to do. Within 4 months I told her to start trying. It took another 2 months before she became pregnant and ended up having a healthy baby boy. Now she is on a maintenance program and her baby is nearly 2 years old. Lastly, she just found out this past November that she is expecting again with her 2nd child on the way.