Why I Expanded Beyond “Straight Chiropractic” 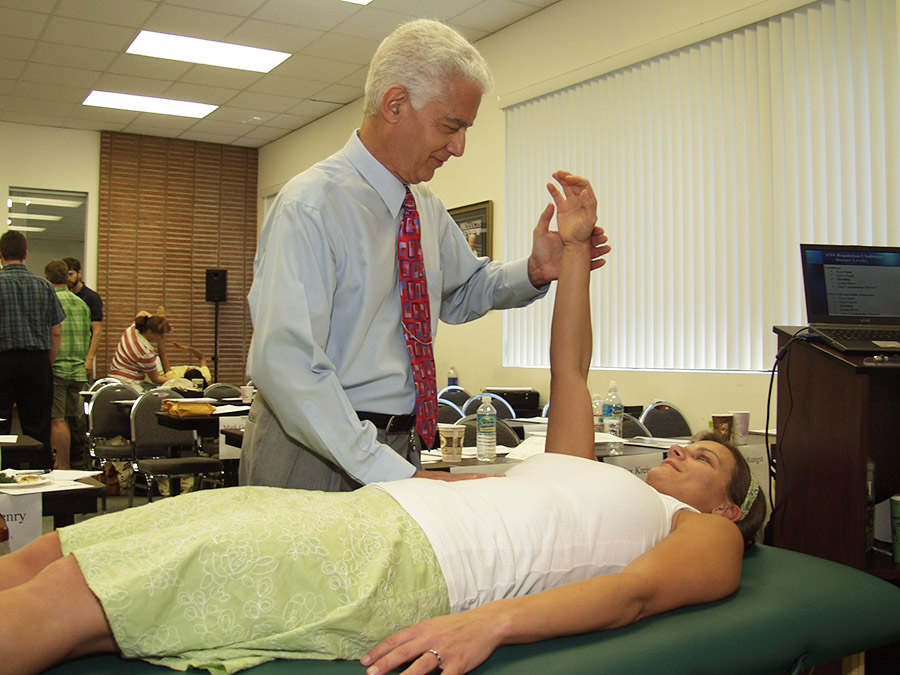 I once met a chiropractor who told me very vehemently that if I would just go back to straight chiropractic I wouldn’t have to do any of this nutrition garbage anymore. I said, “Well, how can you say that?” He said, “Well, I’ve studied that stuff, and I’ve concluded that when my patients get adjusted they don’t need any nutrition.”

This isn’t something that is really outside of the original field of chiropractic. It was talked about back in 1912 or ’14 in chiropractic. There is a nutritional aspect to health and if you still have a body, then the body obviously is going to subluxate.

There is a place for straight chiropractic, although it’s a much more limited place. The true place for straight chiropractic is in primary subluxation handling, which is pure injury handling. Unfortunately, that field is being incredibly aberrated because of all the attorneys that are involved. You’ve got all these attorneys that are turning injuries into big business, and thus we move the healing aspect out of it.

Back in 1965 when I first got into practice, probably the most depressing case that I ever had was a young woman who was in terrible neck pain that would not get better. I was so sympathetic to this woman’s plight that I would literally see her two, three times a day. I’d come in after dinner because she’d call me up with this pain. I’d be giving her adjustment after adjustment after adjustment. And despite the adjustments she was in constant pain. Then one day she disappeared. When I saw her, she was now “fine.” She got her check and the pain mysteriously disappeared.

I thought, “You know, I’m not going to do this anymore.” And that was the end of my association with the insurance companies and insurance company-type patients.  Because that experience repeated itself enough times that in the end I just decided, “You know what? I didn’t get into this to do that. I want to get sick people well.” At that time I said, “I don’t even care if it’s a little, tiny practice — I’m not going to blow my integrity on this and play a game that I’m not interested in playing.”

So, that’s basically the way things have evolved from the straight chiropractic practice to the mixed physiotherapy personal insurance-type practice. There are guys who do courses that will teach you how to make a million bucks. I have a friend of mine, for example, who has six clinics in Southern Florida. He bragged to me the last time I saw him that he hasn’t had to adjust a patient, or even see a patient past an initial consultation, for years. I asked him, “Well, how do you spend your time?” He said, “Well, you know, I’m on the golf course with the attorneys, should I have to make court appearances.”

He has a terrible twitch. He’s very overweight. He doesn’t look anything like a young, healthy, vivacious guy that graduated one year behind me from the Chiropractic Institute of New York. If that’s your ideal scene, fine! Somebody’s got to do it, I guess!